By visiting a Labor branch meeting and becoming a member of the NSW Labor Party, you can contribute to developing new policies that shape our community.

WHEN
January 24, 2020 at 7pm
WHERE
Lane Cove - Email us for details.
Lane Cove, NSW 2066
Australia
Google map and directions
rsvp

How to vote for Labor in Lane Cove

To download the 'How to Vote' card for David Roenfeldt (Central Ward) and Andrew Zbik (West Ward) and Labor at the Lane Cove Council Elections, please click on the link below.

Liberals Versus Liberals on Forced Council Amalgamations A Failure

Labor locally is active and growing. Our branches meet monthly and if you would like to visit please email me at Peter.Hayes@nswlabor.org.au 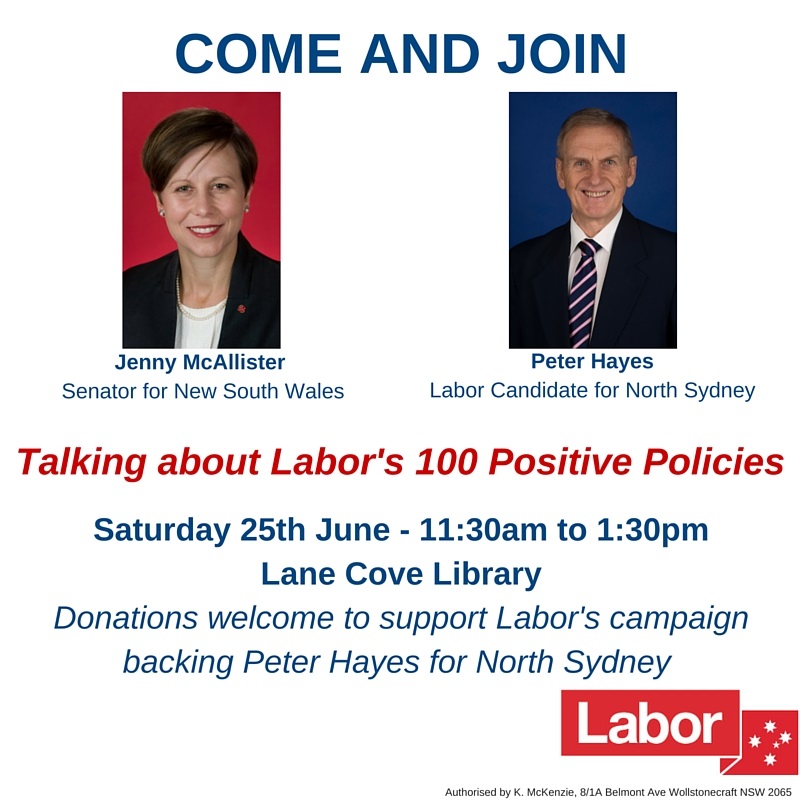 EVERY STUDENT IN NORTH SYDNEY WILL BE BETTER OFF UNDER LABOR

Labor’s Your Child. Our Future plan will benefit every student in North Sydney, with an additional $27 million set to flow to local schools.

Every student has different learning needs and every school has different requirements to support them. Your Child. Our Future will give local schools exactly what they need.

Having been endorsed as your local Candidate for the 2016 Federal election, I thought it time to contact all of you - to firstly thank those who have given me their support so far and to tell you about myself.